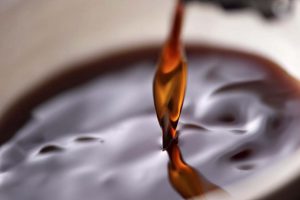 Ishiri is a traditional fish sauce that originated in Noto-cho town in Ishikawa Prefecture.

There are  two general types of Ishiri, based on the ingredients used. The Toyama Bay area of Noto Peninsula uses the intestines of the Japanese squid (sumeika). The Sea of Japan area uses the Japanese sardine (iwashi) as its principal ingredient.

At Flatt’s we make Ishiri with squid as it’s been made in Noto-cho area for hundreds of years, handed down from generation to generation. Ishiri is prepared by pickling the ingredients with salt before letting them ferment naturally for 2 to 3 years. Ishiri is best used as the ‘hidden flavor’ of a recipe.

Our recipe was taught to us by Chikako’s father, who was the owner of Sannami  Guest House. He was certified as a “Master of Ishiri” by the Ishikawa Prefecture Government and his Ishiri has been widely praised by chefs and international authorities of fermented foods.

Our aim at Flatt’s is to honour the family tradition and produce Ishiri as close as possible to the original recipe handed down to us.

To make Ishiri using squid, a mixture of salt and the intestines of the squid (goro) is agitated occasional over a period of one or two years, fermentation takes place and the final product is completed.

Press on Link to learn more about Ishiri